On behalf of the farmers, ranchers, processors, cooperatives, and other interests represented by the organizations listed below, we appreciate the opportunity to comment on the United States Department of Agriculture (USDA) Animal and Plant Health Inspection Service’s (APHIS) proposed “Movement of Certain Genetically Engineered Organisms” or “SECURE” rule, Docket Number, APHIS-2018-0034. Our groups represent a significant amount of agricultural interests in the United States. Our associations and stakeholders strongly support the intent of APHIS to create a system that recognizes the long and safe track record of genetically engineered (GE) plant breeding technologies, fosters innovation, greatly reduces unnecessary regulatory hurdles and will further global acceptance of biotechnology. We applaud APHIS for engaging with stakeholders throughout the process to develop a rule that can be responsive to the ongoing development of new technologies which have the potential to bring incredible advances in plant breeding. We appreciate APHIS’ intent to encourage new entrants into the plant breeding space by lowering the barrier to entry and the regulatory burden. We encourage APHIS to reflect the Secretary’s statement from March 28, 2018 on Plant Breeding Innovation regarding exemptions in the final rule.

We explain herein unified baseline recommendations for enhancing the proposed rule to meet the needs of our various stakeholders. Many of the signatories will also submit separate comments that provide more detail on specific recommendations as they pertain to individual stakeholder needs, or with recommendations that go beyond what is included in this letter.

We recognize the need of APHIS to examine novel plant-trait-mechanism of action (MOA) combinations for plant pest risk until the level of plant pest risk associated with their movement is known. Furthermore, based upon the thirty-two years of experience that APHIS has in regulating GE plants and the expertise the agency has gained while approving 203 GE plant traits, our associations greatly appreciate APHIS’ proposal to exclude plant-trait-MOA combinations that were already evaluated and found to be unlikely to pose a plant pest risk under §340.1(c). We support the scientific, risk-based approach, which recognizes the safe track record of GE plant breeding and regulatory oversight. This is a very welcome and sensible departure from the agency’s previous “event-by-event” approach to regulating known, low-risk MOA’s.

Our associations appreciate the option under §340.1(d) to request confirmation from APHIS that the plant belongs to one of the categories listed under §340.1(b) or (c) and thus get an official confirmation from the Agency that the self-determination is valid. Confirmation from APHIS would give developers the ability to provide evidence of the non-regulated status to regulatory authorities outside of the United States, which is important in foreign deregulation processes. However, further details outlining this framework is needed to avoid uncertainties.

We recommend APHIS develop a guidance document located on their website to provide developers with the needed information on the process and timelines of requesting a confirmation, and specifying the information required for the Agency to evaluate the request. We also recommend that APHIS provide a self-imposed deadline of providing a response, no longer than 60 days, in the final rule and develop a legal framework that would signify agreement with the developer’s assessment if a formal response is not provided within 60 days. Our associations believe that providing legal certainty and interagency coordination in the final rule will encourage the continued domestic and global adoption of new GE traits, provide transparency in the domestic and international markets, enhance harmonization of global trait approvals and facilitate certainty in the development of new gene edited plant varieties.

We are encouraged by the President’s call for increased coordination and transparency among the agencies regulating agricultural biotechnology in his Executive Order “Modernizing the Regulatory Framework for Agricultural Biotechnology Products” released on June 11, 2019. It is our hope that the swift completion of a final rule, as intended by APHIS, will continue to advance the position of the United States as the global leader in the development of biotechnology. With the use of bioengineered seeds, our members produce safe foods, and raise healthier and more productive crops, while providing a broad array of environmental benefits to help meet long-term sustainability objectives. We hope that the final rule will have the effect of encouraging other countries to adopt GE plant varieties so that farmers across the globe can achieve the sustainability and yield benefits that American agriculture has achieved since the adoption of GE crops. We would like to emphasize our appreciation to APHIS for crafting a final rule to foster the development of, and consumer confidence in, current plant breeding technologies and new technologies such as gene editing.

We appreciate your thoughtful consideration of our submission and stand ready to answer further questions or supplement additional details should you request them. 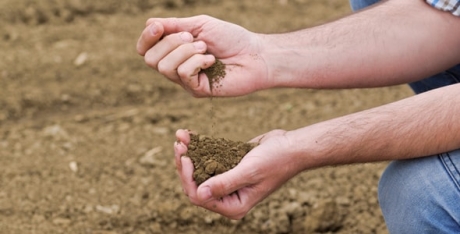 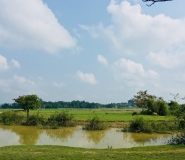